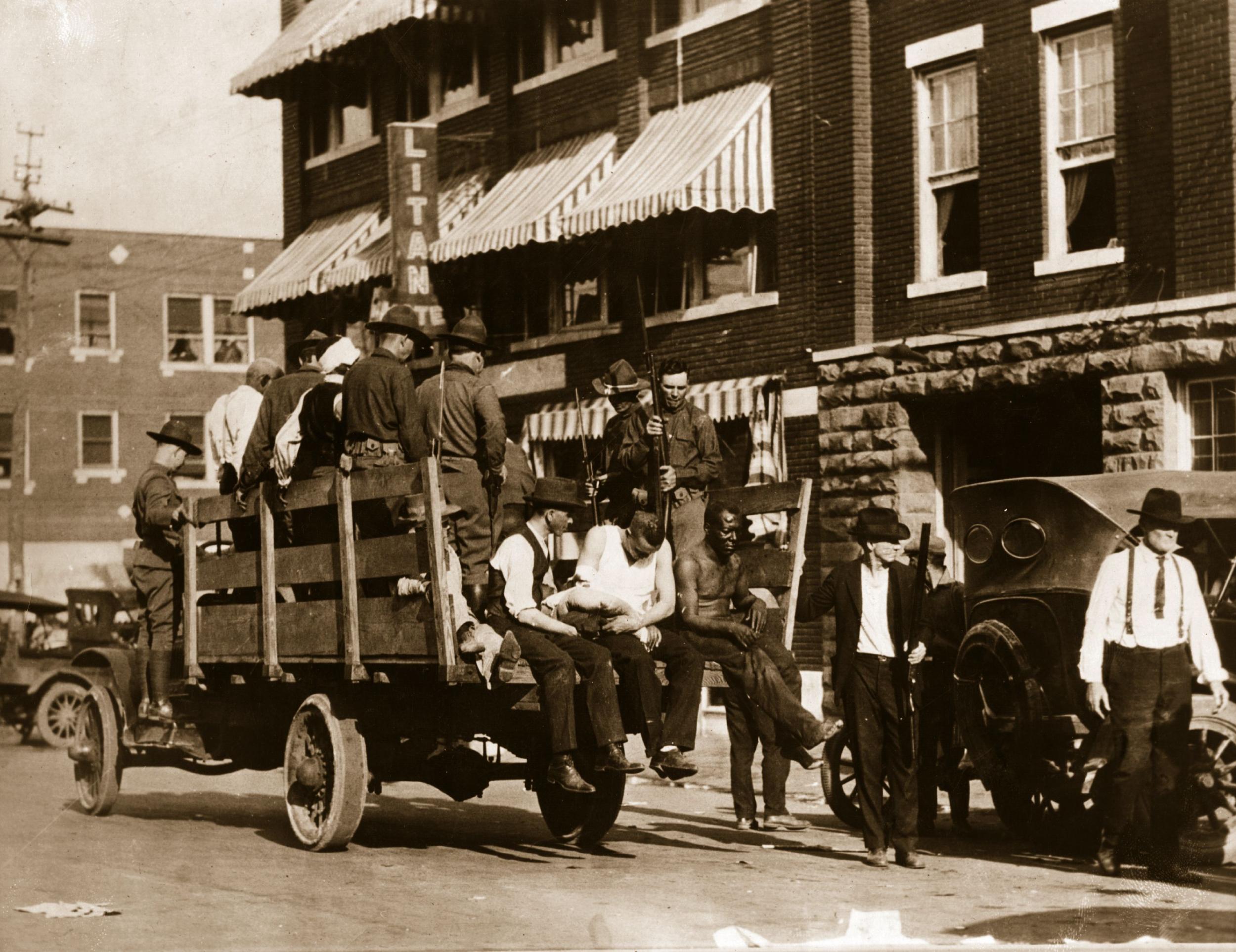 On 31 May, 1921, white mobs staged a two-day massacre of a thriving black town in , mounting one of the bloodiest episodes of racist violence in US history. After a black man in was accused of assaulting a white woman, an armed mob supported by law enforcement and city officials stormed the Greenwood neighbourhood, where 35 blocks of homes, businesses, libraries, hospitals, schools and churches were destroyed within 14 hours.