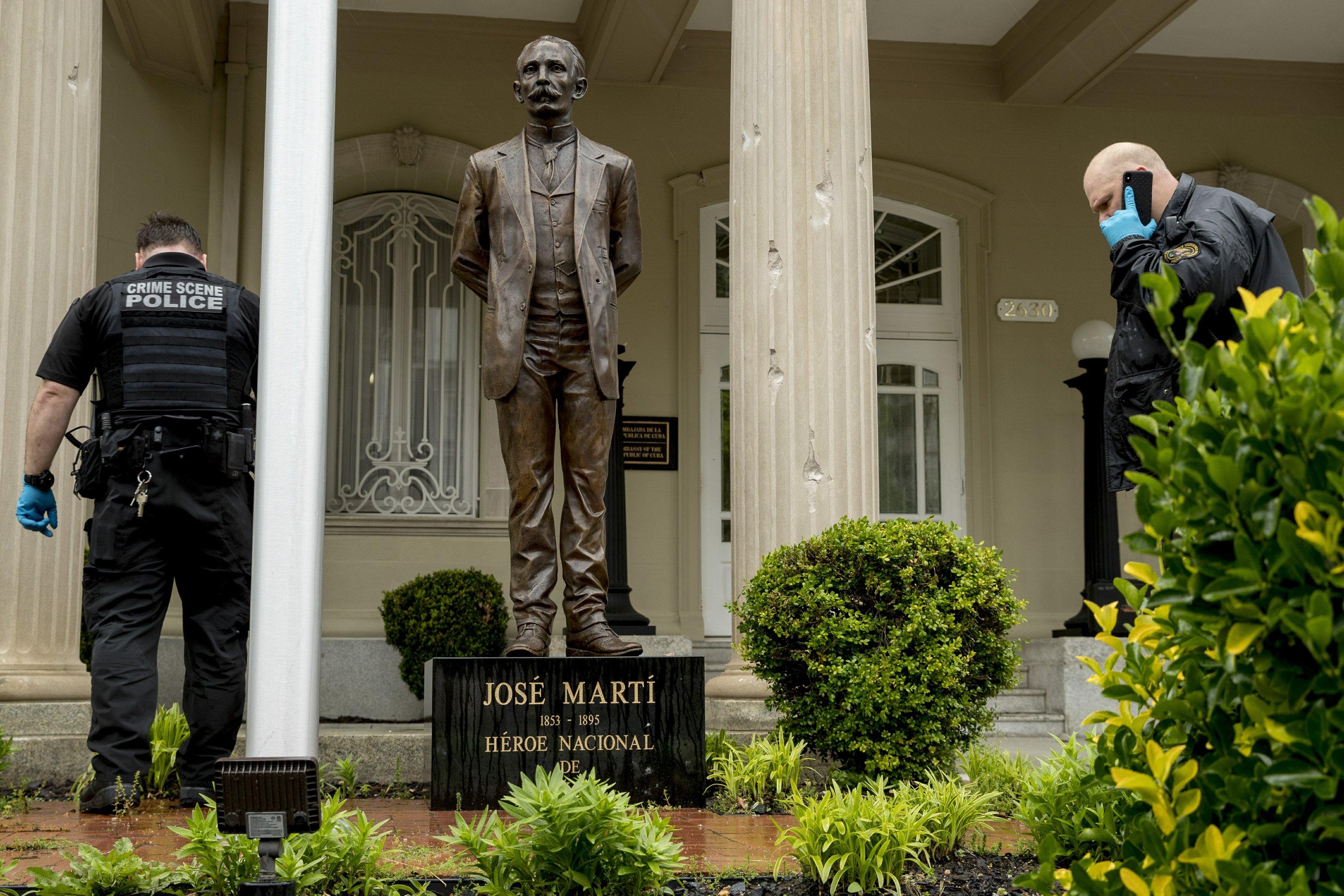 WASHINGTON (AP) — A man armed with an assault rifle was arrested after opening fire outside the Cuban Embassy in Washington early Thursday, his bullets tearing holes into the walls and pillars near the front entrance in what authorities suspect was a hate crime.The gunfire broke out around 2 a.m….