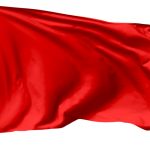 The Quinn Emanuel Urquhart & Sullivan, LLP law firm has been sued by Big3 Basketball, LLC for allegedly pretending to act on behalf of the Big3 when it was really serving the interests of the State of Qatar, its royal family and its numerous state-owned enterprises. In a Complaint filed on May 28 in the Supreme Court of the State of New York, County of New York, the Big3 professional basketball league that was created by musician/actor Ice Cube and entertainment executive Jeffrey Kratinetz characterizes Quinn Emanuel’s act as “an egregious betrayal” by serving a much more lucrative client whose interests were directly adverse to Big In fact, Big3 says it has credible information and belief that Qatar and its royal family pay Quinn Emanuel tens of millions of dollars in legal fees on an annual basis, which includes work tied to the upcoming FIFA World Cup scheduled to take place in Doha, Qatar in 2022.

Link: Quinn Emanuel Law Firm Accused Of Serving As A Spy For Qatar
via abovethelaw.com